We’re still here working away on Dead Cells and it’s about time that those of you who don’t follow our social media get a decent update on what’s been happening. So here we go:

Since our last update we’ve moved from iteration on an unstable game design to production of content for an early access in the first half of 2017. This means that we’re designing monsters and things to kill, animating them, integrating them into the game and testing them. We’re building levels that are procedurally reorganised each time you die. We’re developing new weapons and attacks for your hero. We’re adding secret passages and lootable items within the levels… Basically we’re working at full steam on on everything that we’ll need for release.

All of this development has been going on in stages that we’re calling biomes. Each part of the castle/island that you explore in Dead Cells has its own visual identity and this identity is what defines a biome. For example we have the prison biome, which is a classic dungeon setting, skeletons in cages, suits of armour and all of that goodness.

This is a rough mockup of the prison level but I wanted to show a screen you haven't seen.

Last week we finalised the rooftop biome. The rooftops are outside of the prison which allows us to show off some of Carduus’ breathtaking landscape work, as well as a little of the lighting wizardry orchestrated by looping and deepnight. It also introduces new types of monsters that will require you to rethink your strategy and how you setup your build. 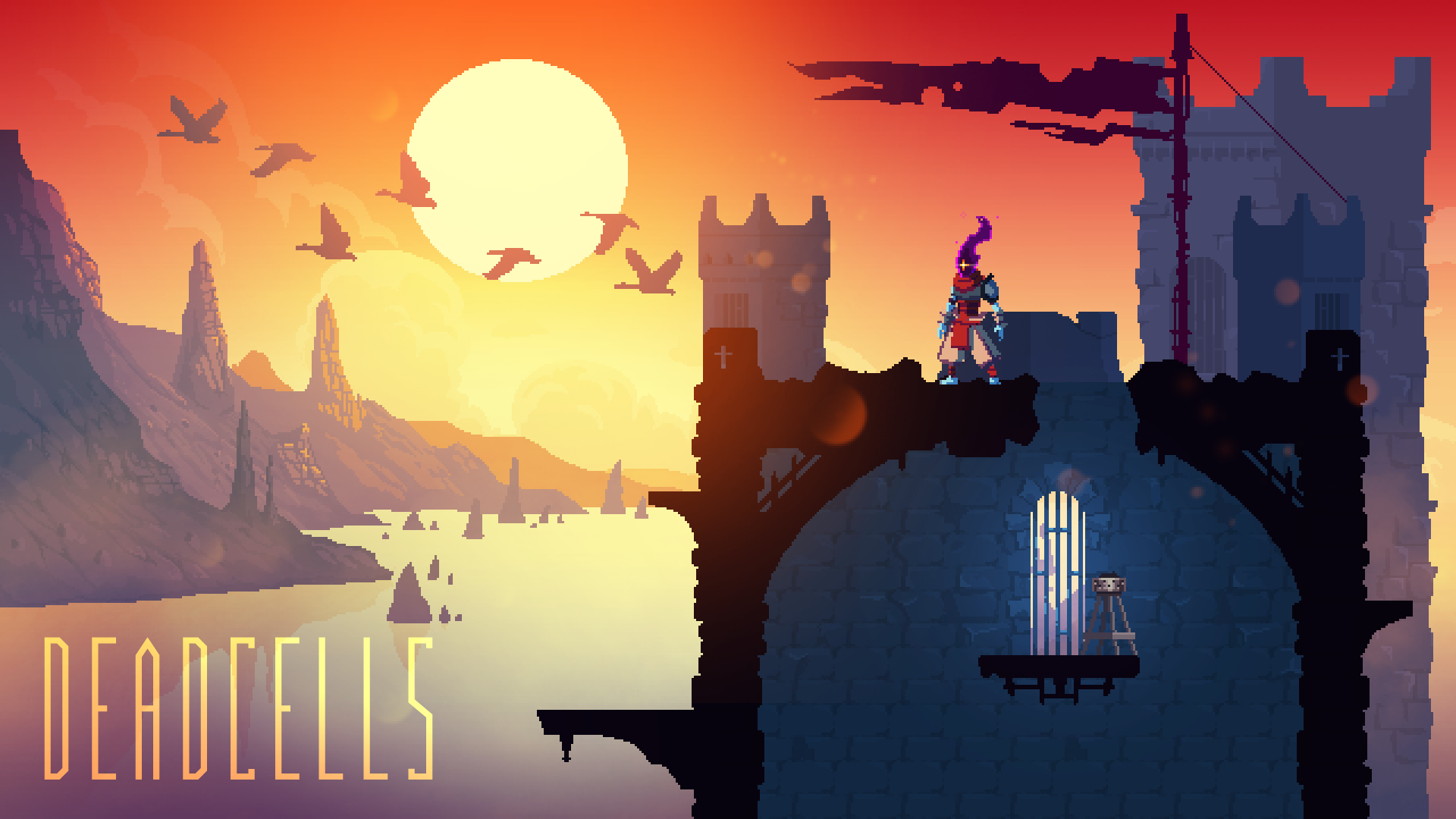 Logo added over the top and slightly modified for dramatic effect, but this is in game rendering.

Now we’re working on the sewers biome, which is another dungeon like level, within the prison, but filled with water loving creatures. Here you’re going to find a new visual style as well as a new challenge. On top of all of this is the new batch of weapons that come with each biome. As weapons are linked to the number of enemies that you’ve killed you will always find a reason to pass by each area of the map at some stage. 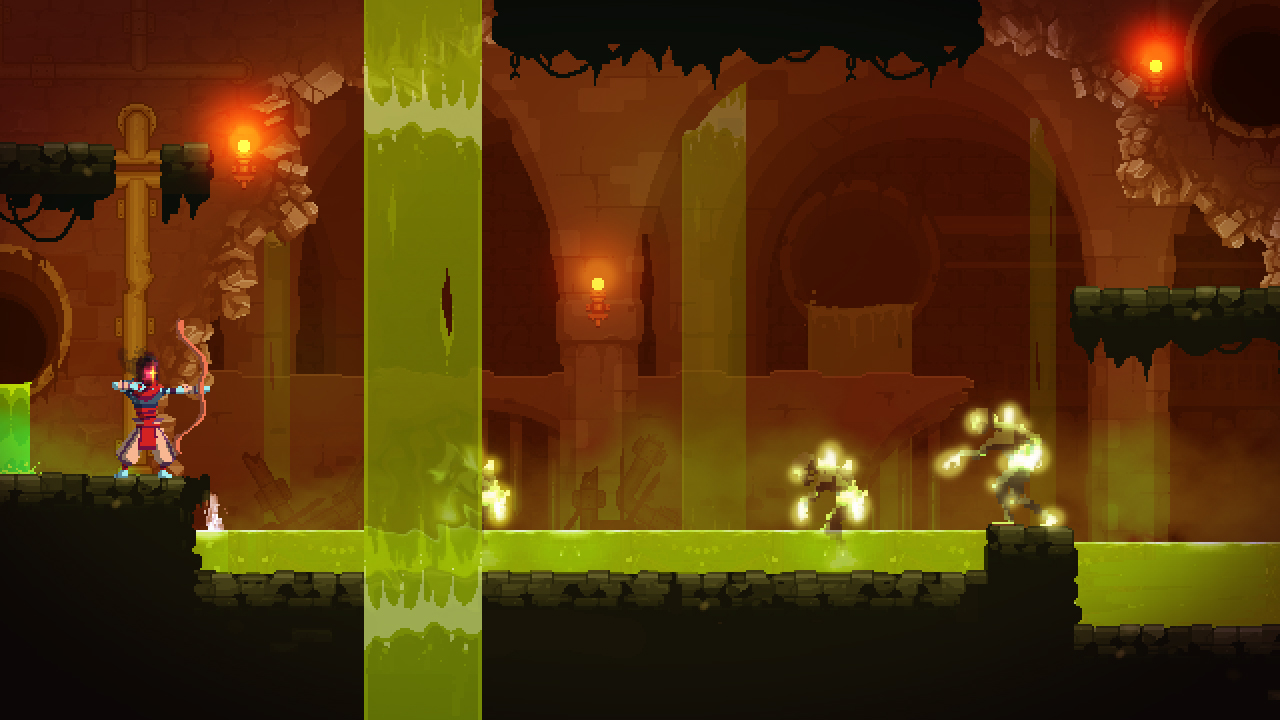 This is what the graphic artist wants for the sewers.

All in all we’re moving forward nicely. We’re ready to start talking about getting through the Steam Greenlight process. We’ll be launching over there in mid to late January, so keep an eye out for our first update!

Also we’ll be launching our mailing list for Dead Cells in the next week or so, so if you want to stay right up to date with all of the latest news, then head over to www.dead-cells.com and sign up.