As you are no doubt aware Motion Twin has never been famous for its communication with the community of players and fans who, for some reason, like our games and are interested in what we do… In view of this lack of transparency, here’s something we wouldn’t normally give you… An update!

Some have already noticed certain visible changes relating to certain unfinished games. What’s more, some players have noticed certain administrators have been offline for longer than they usually would be… Well now we can officially tell you why, but first a bit of background.

As anyone who follows the video game industry knows, there has been an enormous increase in the amount of games being produced and entering the market, be it on the web, mobile & tablet or even on PC and console. This obviously means more competition and has led to some less successful indie game companies proclaiming the #indiepocalypse. lol. (You can read more about the #indieshmockalypse here.)

Well while we might laugh at the concept of some kind of video game armageddon, the fact is that the bar has been raised. There are one-man-band game companies producing things on a level that couldn’t have been imagined even 5 short years ago. This means that studios like us need to get real or go home.

As such we’ve been experimenting with a lot of different things lately, from 3D viking inspired versions of My Brute, to spiritual successors to Die2Nite and even brand new titles like Badass Inc. All of this for one reason. Motion Twin needs to innovate or we’ll stagnate (and probably die).

We realised in the process that we needed to be more efficient. We all need to want the same thing. And we need a team that works together like a well oiled machine. So we’ve been doing some soul searching as a company and as individuals. All of this culminated in 2 days of round table of discussions and debates. So what? 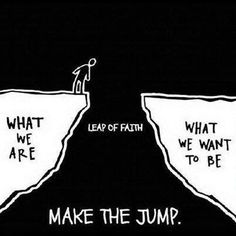 When the dust had settled on the discussions, we found ourselves with some very difficult choices to make. The result being that, four members of the team are moving on to bigger and better things and a new member was tested in a trial by combat and welcomed into the fold.

To be clear, four of our friends and four of the guys that contributed to the making of the games you love, are leaving Motion Twin. I’d like to say that it was all rainbows and unicorns, but for us these last few weeks have been rough. Given the no boss, cooperative structure of Motion Twin, when is comes time to make tough calls like this one, we have to make them all together...

Obviously with 40% of the team leaving you might think that it’s the beginning of the end. It’s not. What it does mean is that certain divisions in the team are gone, moral is high and we’re confident that we’ve got what it takes. We are one mind and we’re all going in the same direction.

Concretely though, these changes mean real things for the community and i’ll sum them up for you here, starting with the people that will be leaving Motion Twin:

Obviously certain roles have been shuffled around. From now on:

As both of the guys who were working on Drakarnage are gone, well, the project is finished too. I know that there will be some people disappointed about that, but there’s no one here that wants to keep working on the game. Blackmagic has expressed an interest in continuing the project outside of MT and we’re happy to let him do that.

So I mentioned that it’s not the end. Here’s the proof! This is just a taste of what we’ve got planned for 2015/16, without even mentioning updates for existing games and what we’re still keeping under wraps...

Now I know that for some of you the only news that you’ve retained here is “DEAD CELLS! They’re gonna finish DEAD CELLS!” So there will be an update on the development of the game for you all shortly. As for Badass Inc and the other games, we’ll be communicating about them as they get closer to launch.

This is probably a lot to take in. It’s big news and it’s something that we wanted to share with you so that you guys are all on the same page and so that you’ve got a better idea of what goes on day to day here at MT.

If you’ve got questions, I’ll be here all day and responding to anything that you ask. I want to run it as a sort of AMA (a la reddit) so get in while you can, but try to keep it related to the organisation of the company and the impacts of these changes. (NO DEAD CELLS QUESTIONS! ;p)

Mush love for you the people who keep us going!