I hope I find you all well! This month brings us its cool new features and updates to show off, along with a fair bit of important news!

Let’s start by taking a look at the level that’s currently being developed and is now getting a nice coat of polish... The Courtyard, is an exterior biome with some “inside” fights taking place in caves and cellars. The mandatory bats are present to make the things a bit more challenging and to distract you from the real threats.

Here is the concept art, done by Gwen. 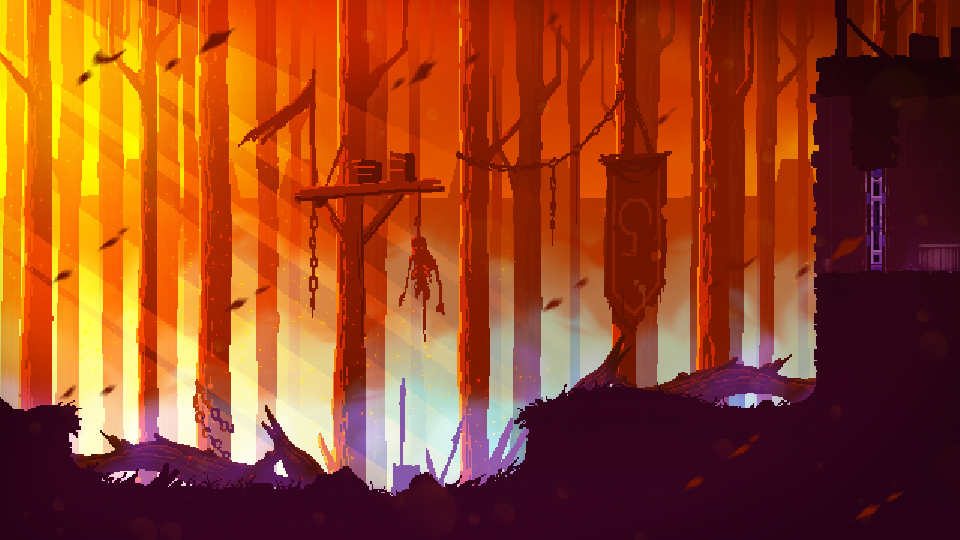 And here is an ingame screenshot of the current state of the Courtyard level. As we said we’re still working on polishing the level and getting towards the finish that Gwen imagined.

We’ve also started work on one of the last levels that will be included in the Early Access release, The Cemetery. As you can see we’re not too far off hitting that moody look that Gwen has put together for the concept art. 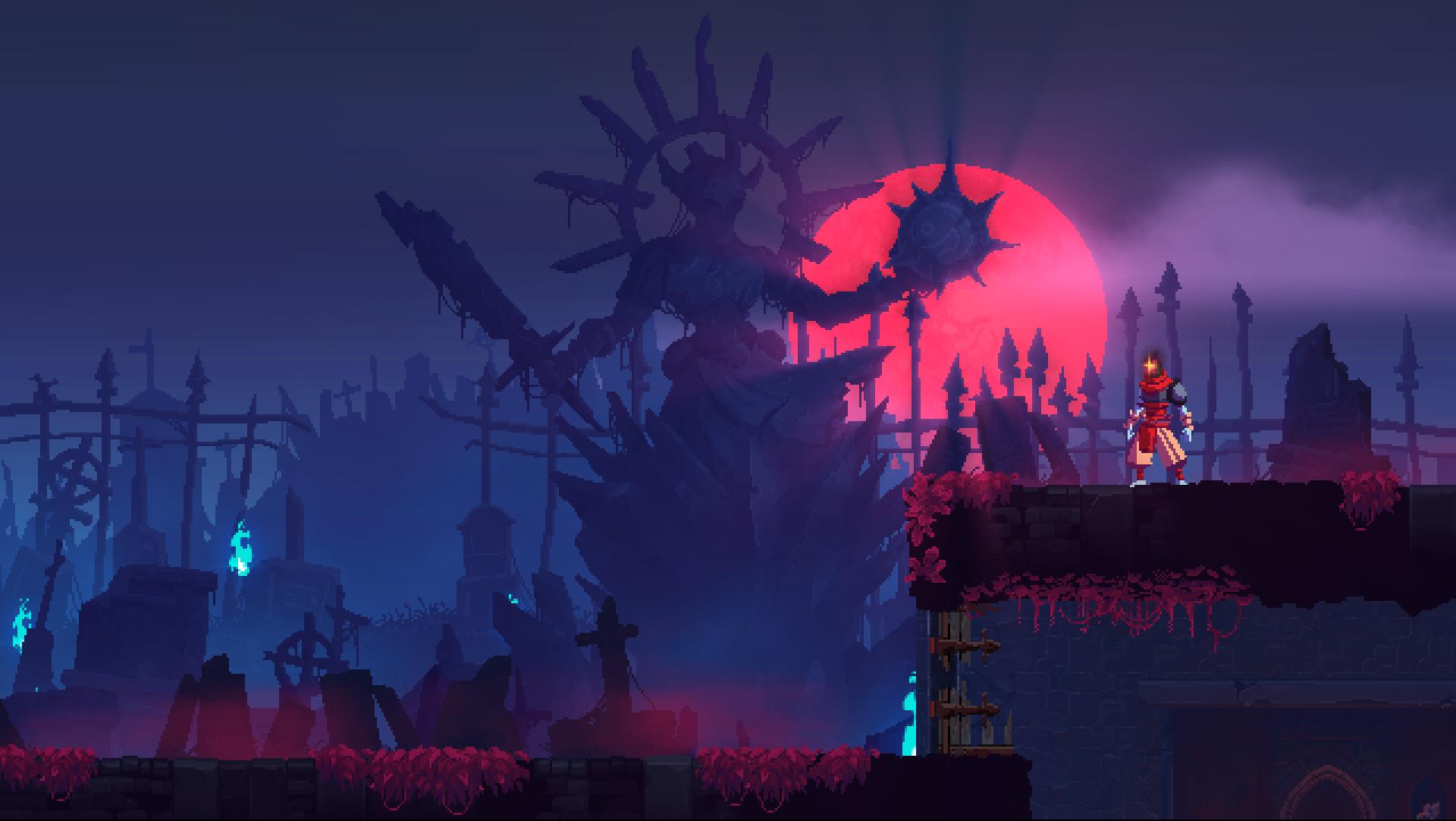 Moving forward, we finally found some time (and by we, I mean Carduus, our very, very lonely animator) to make some proper animations for interacting with the environment. Now you can kick innocent furniture, which only really ever wanted to help, you sadist you!

But Thomas’ animations aren’t limited to flipping tables and generally wrecking the place. He’s also been busy building new monsters and making sure that the existing ones are significantly differentiated. For example there is his make over of the Archers:

We also got a new merchant in town:

And, of course, our work would not be done without adding new and wonderful ways of slaughtering your enemies. Say hello to the Ice Grenade, perfect when things are heating up a little too much, the Magnetic Grenade, the Temporal Distortion skill, and, my new best friend, the hook!

Last but not least amongst all of these updates and flashy gifs… Dead Cells now has a release date! You can get it through Steam Early Access on May 10th 2017! So we might just even make our “before the summer” deadline, by a slim margin of 11 days… Told you we’d make it “easy”...

We made a new trailer to mark the occasion!

We’ll be back with more updates on launch day!